Just not enough games focus on 14th century France. Nor do they revel in the gross and disgusting conditions of those far off times. A Plague Tale: Innocence spends the majority of the time showing the gross underbelly of France during this time period and is using the Black Plague as its basis.

Amecia, a daughter in the house of De Rune has a brother named Hugo who is terribly sick with some sort of unknown disease. After a jaunty trip with her father and pet dog, the dog gets attacked by a creature and they have to break the bad news to the family. In this time, the entire household never expects it, but they get attacked by the Inquisition. They kill everyone as they are trying to find and capture Hugo for a special reason. It’s up to Amecia to hold Hugo’s hand and escape the ensuing captors.

I honestly didn’t know what to really expect from the game when I finally sat down with it after it was voted our second Game for Game of the Month Club in our Discord server. All I knew about it was that it featured rats, and had a character escorting their sibling as a large part of the gameplay experience. I looked dark, vibrant and full of disturbing details of large piles of rats, that brought back a sense of dread like when I watched the catacombs scene in The Last Crusade. That wasn’t a far off guess, as that really is much of what the game really is.

Taking a more linear approach to the level design, where you can’t wander too far off the designated paths, and when you do, it’s only to find a collectable or some extra ammo. But when you do find the collectables, hidden off to the side, it creates a calm as the brother and sister stop and catch their breath and reminisce about “the good ol’ days” amongst all the death and despair of their current situation.

The entire game is an exercise in dealing with stress. The music ramps up and the violins sound like they will never stop going up in octaves. My nerves felt raw at the end of each play session, and those poor children… they just can’t catch a break. Every time it seems they have a respite, something new comes along and knocks their sense of comfort down a few pegs.

Luckily, they make some friends along the way, and near the end of the game, even after everything that has happened, this group of unlikely friends, who are only together thanks to their similar circumstances, feel like everything will be ok. However, the loss of a few favorite characters do make the journey almost unbearable to keep continuing on. One of the losses is devastating, and it's located so close to the end, that I almost wanted to just stay and let the rats devour me as well.

The design of the game, and it’s absolutely stunning portrayal of France in 1348 during a plague of unspeakable destruction is just something that’s going to stick with me for a long time. When you aren’t wading through a barren battlefield, up to your knees in dead bodies, or crawling in a pit of blood and bone of plague victims… the outdoor golden afternoon setting, along a path of abandoned houses and broken down waterwheels feels almost serene.

One of the most tense parts was when the game switches controllable characters, and lets you control Hugo, as he must quietly sneak past guards, priests and executioners to tail the hulking captain of the guard Nicolas as he interrogates the lost mother in a dungeon beneath the church. Sneaking past the scholars trying to find more information about the De Rune blood, and it’s properties to heal the Grand Inquisitor Vitalis is no big deal, but following Nicolas as he barrels down each hallway to the dungeon, and having to creep by the countless prisoners having their wrists slit to drain blood to feed the rats, and their bowels and lower halves removed…. It’s just unbelievably gross, but in a sick twisted way, I was fascinated by the detail of the gore and viscera.

The game does veer off into a bit of unbelievable magical realm in a way I did not expect, but the suspension of disbelief is easy to grasp, and nothing ever seems too off or farfetched in this crazy world of hordes of rats who are controlled by a little boy and his elder blood. The final boss fight becomes one that did kind of have me rolling my eyes at how this seemingly frail 90 year old man who could barely speak in a full sentence, now can take multiple rocks to the head and brush them off, even though a full musclebound knight in armor falls faster than Goliath facing David.

While the gameplay is fairly basic and the puzzles extremely lite and easy to comprehend, there is enough gameplay to keep you interested in between the cutscenes of the story. The story itself is where I really fell in love with the game, and the graphics blending some of the most peaceful and grotesque places imaginable really make the title stand out above the rest of the games in the genre.

While most might not feel the gameplay is enough to keep them going, I was in it for the story of the black plague decimating a french city, and kept on going when the story shifted into something more featuring supernatural elements. Learning that A Plague Tale: Innocence isn’t a one off story, but something that will continue with a sequel set for release on Gamepass later this year fills me with joy, and I can’t wait to see where the story of Amecia and Hugo De Rune end up taking them to next. 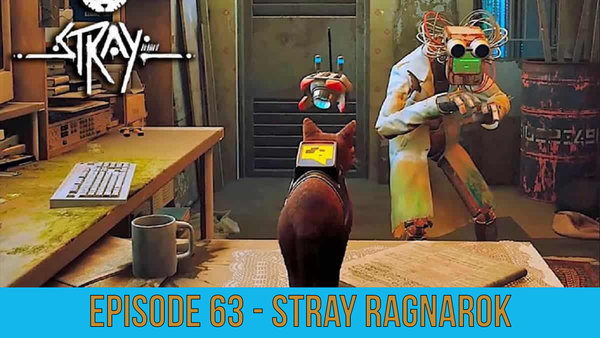 With so many things happening in life, the only gaming I was able to get done was finishing up Stray, and getting roughly half way through the new God of War game. But even with that, it’s been some excellent gaming sessions.
I’m a cat person, I always have been. My first memory of a cat was when I was around 3 and my parents got a little kitten for me, and he sadly ran out into the street and was… well… let’s just say he was gone. But as 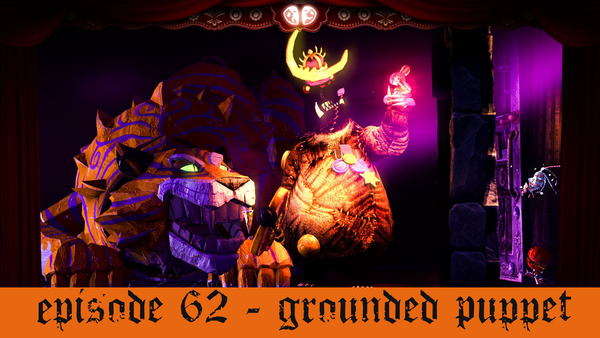 Pretending to be Rick Morranis in the Xbox version of Honey I Shrunk The Kids took most of my gaming time up. Along with finally trying out a game I wanted to play forever… The Puppeteer.